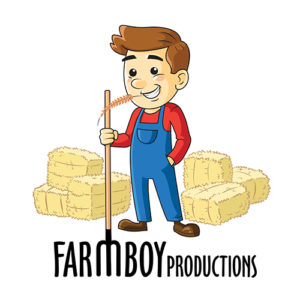 Farmboy Productions is an entertainment company founded in 2001 by Mark Kunerth, an acclaimed television writer and producer, screenwriter and filmmaker.

Born and raised on a Minnesota corn and soybean farm, Kunerth spent his days longing for an escape from the rural glamor of shoveling hog manure, plowing cornfields, and butchering animals that would later end up on the family dinner table.  As a kid, his only reprieve was evenings in front of the television, watching his favorite movies and TV shows.

After college, Kunerth needed an exit plan.  So, with a few hundred dollars in his pocket, he packed up whatever fit into his Mazda MX-3 and moved west to pursue a career in television.  With no prestigious film school degree and no family members in the biz, Kunerth started at the bottom; running scripts around town, fetching food for writers and actors, and spending nights writing his own material that would one day lead to his first writing job and launch his career.

Kunerth is now a near 20-year TV comedy veteran, having written for such memorable and award-winning shows as “Friends,” “The Big C,” and “About A Boy.” His work has earned Emmy, Golden Globe and People’s Choice nominations and wins.  He is currently a writer and co-executive producer on the ABC TV series, “Speechless.”  He lives in Malibu, California with his wife, daughter and a highly neurotic yellow lab who loves licking faces.  He also loves eating his own poop.